This event is an homage to the Portuguese film director and screenwriter Manoel de Oliveira – the oldest film director in activity before his death at the age of 106. Scenes from Manoel de Oliveira’s films will be presented and discussed in a panel moderated by Hudson Moura with Miguel Rocha (York alumni, MFA in Film Production) and Aida Jordão (course director for York U’s Portuguese and Luso-Brazilian Studies). 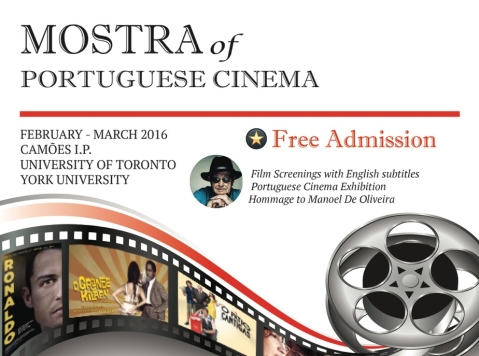