Screening: Blood of my Blood

Opening of the Exhibit: Portuguese Cinema by Instituto Camões 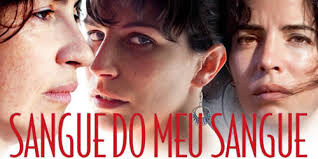 The realities of life are harsh in Padre Cruz, a slum on the edge of Lisbon, and its inhabitants struggle with violence and poverty. João Canijo’s latest feature portrays life in this decrepit Portuguese suburb through the story of a family attempting to transcend its hardships. Márcia (Rita Blanco) shares cramped quarters with her two young-adult children and her sister Ivete. Her daughter Cláudia shows promise in her nursing studies, but her son Joca (Rafael Morais) is a delinquent with a suspicious supply of cash. Márcia’s hopes for her daughter’s future are thrown into turmoil, however, when Cláudia announces she’s having a relationship with a married professor, an admission that brings out the specter of Márcia’s own past. FREE ADMISSION

One thought on “Mostra of Portuguese Cinema”